Share on
Contents
Why Are Mothers-in-Law Jealous?
13 Traits of a Jealous Mother-in-Law
1. She’s quick to blame you.
2. She’s rude or dismissive to you—or ignores you completely.
3. She expects your husband to take her side when you disagree with her.
4. She plays the victim.
5. She criticizes you (often) to your face.
6. She badmouths you to her husband.
7. She badmouths you to your kids—then asks them to keep it a secret.
8. She gaslights you to make you question your grip on reality.
9. She elevates passive-aggressive behavior to an art form.
10. She doesn’t respect your boundaries.
11. She excludes you from her social plans.
12. She’s always trying to take control away from you.
13. She’s always trying to get her son’s attention (yours, not so much).
How Do You Know If You’re Mother-in-Law Is Jealous of You?

Was it something you said—or did—or didn’t do? (It’s usually that last thing).

You can’t help noticing that your mother-in-law acts like she is married to your husband—as if she doesn’t trust you to be a good wife to him.

And if that weren’t frustrating enough, your husband isn’t willing to talk to his mother about it.

He’d rather you didn’t say anything, either.

After all, what harm can a little mother-in-law jealousy do?

Why Are Mothers-in-Law Jealous?

According to Psychology Today, jealousy “is most often aroused when a person perceives a threat to a valued relationship from a third party. The threat may be real or imagined.”

The silent majority of mothers-in-law deal with a pain their daughters-in-law have yet to experience. It doesn’t make awful behavior okay. But for anyone who asks, “Why do mothers-in-law cause problems?” it may help to remember the following:

Never assume you know what’s going on in your mother-in-law’s head. Her thoughts and perspective are her own, and mind-reading doesn’t help.

What you do about it is something for you and your spouse to discuss.

13 Traits of a Jealous Mother-in-Law

Look for the following 13 signs of a jealous mother-in-law. Whatever her reasons, it’s best to identify the behaviors you’d like to stop.

She’s blind to anything that might suggest her son is flawed. Whatever is going wrong between you two must be your fault.

If things aren’t perfect between you two, first she wants to know everything about it. If she can’t get the details out of her son, she might challenge you to explain why he seems unhappy.

And she’ll turn whatever information she can get into proof she was right about you.

2. She’s rude or dismissive to you—or ignores you completely.

She seems determined to see you in a negative light. She’s either dismissive or downright rude in her responses to you—if she responds at all.

She might even ignore you to see how you respond.

If you angrily confront her, she can complain to her son about your behavior toward her. Make sure you and your spouse are on the same page.

3. She expects your husband to take her side when you disagree with her.

If she does turn a disagreement into a battle between you, she expects her son (your husband) to side with her. After all, they’ve faced fiercer battles together before you came into his life.

If he’s so ungrateful as to fight against her, it’s further proof you’ve poisoned her son against her. You’ve done this, as she’s likely to point out.

4. She plays the victim.

She may feel like a victim. From her perspective, you’ve manipulated her son into taking your side against hers.

Either there are two victims—she and her son—or just one. And if she’s the odd one out, she’ll likely blame you for that and try to garner sympathy with her son.

If that doesn’t work, she may withdraw in the hope that her son will go after her.

5. She criticizes you (often) to your face.

She’ll make snide or subtly disparaging remarks about your clothes, your cooking, your parenting or housekeeping skills, etc. Nothing is off-limits. If she sees anything that isn’t perfect or that one of her son’s exes did better, she’ll be sure to let you know.

Even if she doesn’t overtly criticize you to your face, she’ll find a way to give every compliment a bitter aftertaste.

6. She badmouths you to her husband.

It doesn’t take much to get her talking about you behind your back. If her son doesn’t shut her down immediately–or if he tries to argue every negative point she tries to make–she’ll keep at it until he tells her to stop.

And even if he does, she’ll likely renew her attacks after a brief hiatus. She still sees it as her job to protect him—or to keep him under her control.

59 Quotes About Toxic People That Are So Spot On

36 Quotes About Never Hurting Your Mother

27 Of The Most Glaring Traits Of A Female Narcissist

7. She badmouths you to your kids—then asks them to keep it a secret.

One of your kids has confided in you that Grandma said some things about you and then told them to keep it a secret. Naturally, you’re furious. She had no right to put your kid in that position.

Tell your husband. Then let your mother-in-law know you can’t trust her to be alone with your kids until she can earn your trust.

8. She gaslights you to make you question your grip on reality.

Call her out for something, and she denies or explains it away as something innocent. Then she’ll use guilt to bully you into a corner.

She’ll deny and then blame you for what you saw or heard. She’ll project the very thing you accuse her of right back at you.

And she’ll keep at it until you start to question your own judgment.

9. She elevates passive-aggressive behavior to an art form.

She uses sarcasm to embarrass or belittle you. Or she’ll use subtle (or not so subtle) digs to undermine your confidence or target one of your insecurities. She’s picked up a few things she can use against you without being confrontational or overtly abusive.

Too bad it doesn’t make her company any easier to bear. In fact, you’d almost rather she was more direct.

10. She doesn’t respect your boundaries.

Maybe she comes to visit without so much as calling ahead. Or perhaps she shares your personal information with others without asking you first. She keeps pushing to see how far she can go you before you draw the line.

And once you do, she won’t back down quietly. She’s likely to use your hardline approach against you by complaining to your husband.

11. She excludes you from her social plans.

Her son and grandkids are more than welcome, but you? Well, you probably have somewhere else to be. Or, surely, you wouldn’t be interested in spending time with her.

After all, you get her son and grandkids most of the time. She needs her Grandma fix. And, as she says, it’s not healthy for your kids to always be around their mom.

Of course, that doesn’t apply to her.

12. She’s always trying to take control away from you.

It’s you or her; it can’t be both. And how dare you try to change the dynamic between her and her son. She’s always known what he likes and what makes him happy. You’re new. And you’re getting in her way. So, she’ll take back whatever control she can.

And whatever she does, she’ll use her influence to persuade her son that she’s in the right.

13. She’s always trying to get her son’s attention (yours, not so much).

She calls him constantly, invites him over for visits, and does what she can to maintain a perpetual presence in his life. She’s not so motivated to include you, though. She’d rather have his attention without you around to distract him.

The more time she has his undivided attention, the more influence she can have over him.

How Do You Know If You’re Mother-in-Law Is Jealous of You?

Now that you’re familiar with the signs of a jealous mother-in-law, maybe you already know the answer to this question.

If you’re still unsure, look for the following clues your mother-in-law is jealous of you:

However jealous she may be of you, her negative behavior isn’t really about you. She may only allow herself to see things she dislikes about you, but it’s your effect on her relationship with her son that she resents most.

It’s vital to keep this in mind when you talk to her. If you make it personal, you’ll only widen the gap. The more you know about her, the easier it will be for you and your husband to decide how to talk to her and what to do.

Now that you know the not-so-subtle traits of a jealous mother-in-law, which ones stood out for you? And what will you do differently this week? 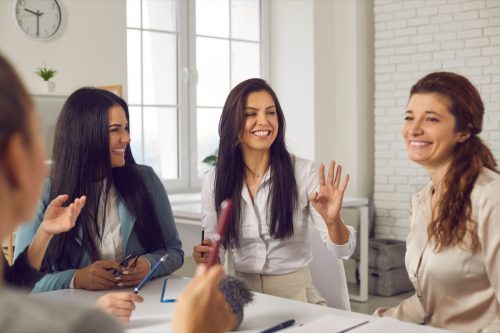 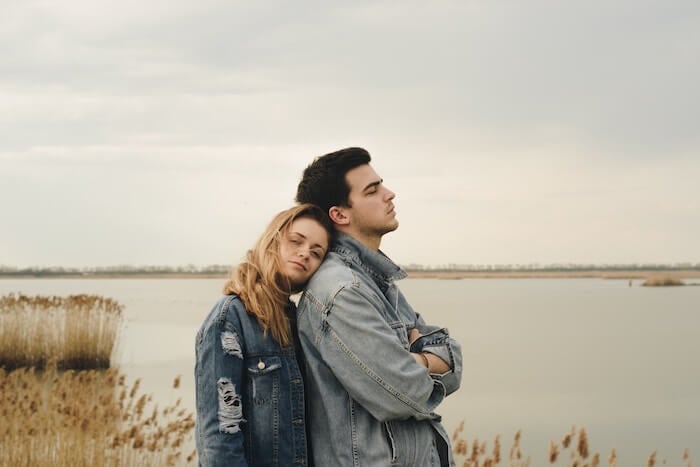 Does He Love Me? 23 Clear Signs He Does

Here’s What 15 Relationship Experts Can Teach Us About Love

Add credit to your wallet

* You will be redirected to the checkout page to add your billing details.

Welcome! Nice to see you again

We love to see you joining us